The event was attended by different personalities that promote the industry such as Victor Corella Jr and members of government institutions.

During the swearing-in ceremony Jorge Charles presented six main objectives for the Cluster during the following years:

To place itself among the top three clusters in the state.

Increase the number of members.

To grow and strengthen local suppliers.

Develop statewide integration strategies with clusters in Juarez, Cuauhtemoc, and other cities.

To be one of the main drivers of investment in joint work with SIDE (Ministry of Innovation and Economic Development) and REDCAM (National Network of Automotive Industry Clusters).

During the inauguration event, Dr. Manuel Montoya, president of REDCAM and director of CLAU (Nuevo León Automotive Cluster) shared his presentation “The opportunities of TMEC and Nearshoring” where he explained the opportunities that may arise for the region after the changes in the production strategies of several transnationals.

“Transnationals are moving the production they were doing, especially in China and in some cases in Japan and Germany, and bringing it to the region. For example, they are looking for someone to do machining or stamping for them in Mexico”.

Drivers of the sector in Chihuahua and Juárez

In addition to other relevant clusters in the area such as MACH (Automation and Advanced Manufacturing Cluster) along with institutions such as the Ministry of Tourism.

The AMN team wishes the Automotive Cluster of the State of Chihuahua and Mr. Jose Alberto Charles Madrigal a successful journey. We are witnesses of the extraordinary capacity of these organizations to develop the competitiveness of local companies and we advocate collaboration to encourage the region.

We believe that the challenges outlined by Mr. Charles Madrigal will benefit the entire state and that they are feasible with the support of people like Victor Corella, president of the automotive cluster in Ciudad Juárez. 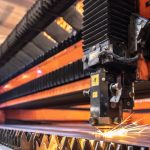 What is 3PL logistics and why should your brand consider it? 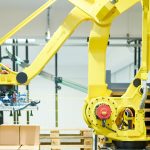 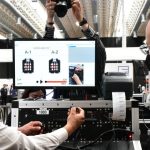 AMN at the 2022 edition of Wire Tech Mexico 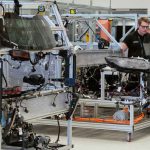 Benefits of having quality inspectors in your plant