AMN present at the CIIAM Summit

On November 17 and 18, 2022, the XX International Congress of the Automotive Industry in Mexico (CIIAM) was held at the Hacienda de Los Morales in Mexico City. This is the twentieth edition of an event designed as a meeting point for the different perspectives of the industry and its main topics of interest.

Representatives of AMN and its founder, Victor Corella, shared space with different CEO’s and Decision makers of the most important automotive and auto parts companies in the global industry. In addition to the attendance of experts in politics and various topics related to the automotive world.

The conjunction of 280 leaders and 30 exhibitors of the sector opened the panorama to recognize the needs, strengths, and how the influence of new technologies is changing the game within the Mexican market.

Among the various topics analyzed were the new technological trends that are changing how we produce, design, and approach production processes. Such is the case of NVIDIA and its alliance with BWM creating a fully digital car factory.

Another of the topics that will have the most significant impact in the coming years is the path toward electromobility. Under this perspective, Francisco N. Gonzalez Diaz, executive president of the National Auto Parts Industry (INA), mentioned the joint commitment with the International Energy Agency to achieve the goal of 60% of new electric vehicles in the market within the next seven years.

The agenda also covered the different changes that arose in the environment after COVID-19. This semiconductor crisis is still affecting the industry and the outlook for Mexico with nearshoring and what the country can obtain by continuing with the Treaty between Mexico, the United States, and Canada (T-MEC), as well as the adoption of successful models by national companies.

How is the automotive industry doing in Mexico?

For AMN members, it is great to have the opportunity to attend summits such as the CIIAM. Knowing the big picture is the only way to make the right decisions for our brand, customers, and those who rely on us.

We embrace the new transformations in the industry, and that’s why we do our best to keep up to date with events like CIIAM. 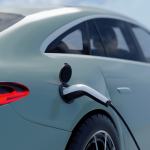 The role of electrical harnesses in modern vehicle design Discover the characteristics of a good liaison representative In which industries are industrial packaging indispensable? Bosch expands its operations in Celaya